Whilst Bright Zinc Plated (BZP) steel crush tubes may suffice in the Australian outback, the AmericanSouthwest and other dry climates around the world, in colder, wetter, climates - especially where roads are salted - this is often not the case. 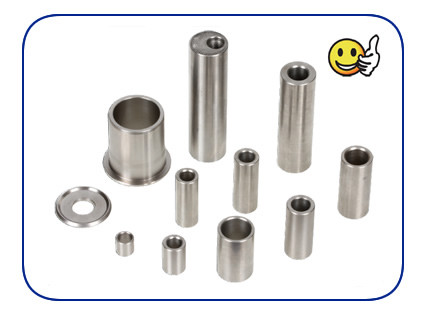 Unlike rubber bushes that torsion pivot on their bonding to the crush tube, PU bushes rely on their crush tubes as a bearing surface. 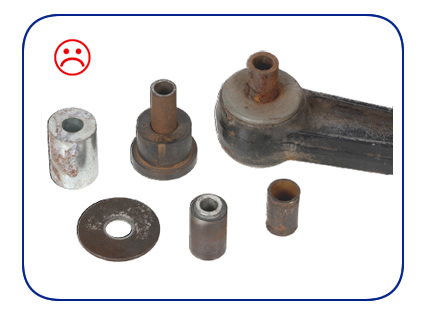 We are under no illusion that a smear of assembly lubricant will be a substitute for stainless steel. In time, grease gets displaced allowing water to enter between the tube and the bush as the bush flexes in use. When water - especially salted water enters - the rust sets in … 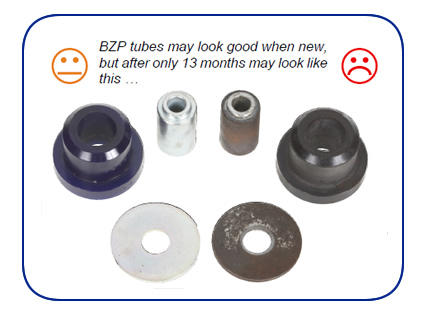 Once a crush tube becomes rusty, the surface acts as an abrasive to the polyurethane, clearances increase, more water enters, play develops and the bush fails … 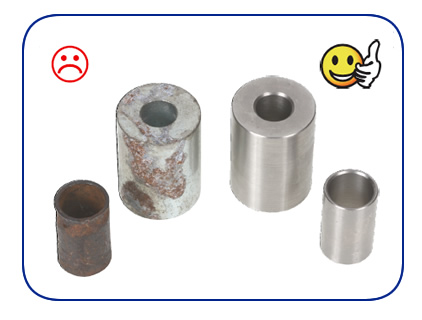 At SuperFlex, we are also car enthusiasts, and put ourselves in the place of the customer, while sadly, some suppliers simply cost cut, or just have a corporate indifference to this matter. Indeed, some suppliers at the bottom end of the market don't even zinc plate their steel tubes … At SuperFlex we value our reputation. It is our policy to supply stainless steel crush tubes with all our mainstream suspension bushes, wherever volumes make this viable. 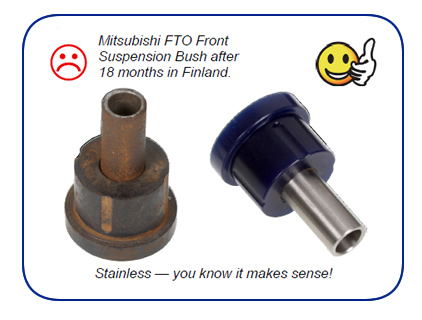